“Discover Your Wings: An Essential Talk for the Creative” a Fireside Chat with Tara Schuster

Join Tara Schuster and R. Eric Thomas as they sit down for a fireside chat that will explore the fine line between balancing a successful career in a male-dominated industry and taking charge of one’s mental health. Tara will share lessons learned from her previous role as VP of Talent & Development at Comedy Central and being a veteran entertainment executive. She'll also be sharing how she turned her struggle with chronic anxiety and depression into a best-selling book, "Buy Yourself The F*cking Lilies", which debuted as the #1 New Release in Humor Essays and Self-Help on both Audible and Kindle. 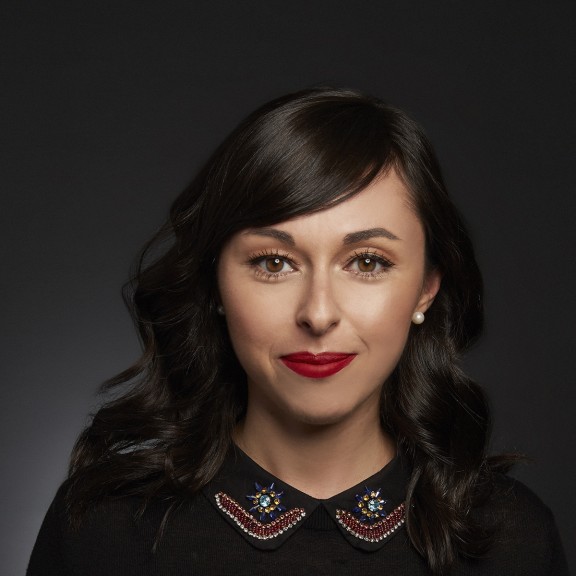 Once best known as the Executive in Charge of the Emmy and Peabody Award-winning show, Key & Peele, Tara Schuster turned her struggle with chronic anxiety and depression into a best-selling book and a mission to help others. Her humorous takes on taking charge of one’s mental health—always backed by empowering action steps—have won praise from readers ranging from Wharton professor Adam Grant to Academy Award-winner, Anjelica Huston and best-selling author, Glennon Doyle. InStyle, People Magazine, Cosmopolitan, Goodreads, Buzz Feed, Goop and many others have chosen her memoir as one of the best new books of 2020.

A veteran entertainment executive, Tara was behind such shows as the Emmy Award-winning @Midnight, Lights Out with David Spade, The Daily Show with Jon Stewart and the launch of Key & Peele to viral superstardom. By the time she was in her late twenties, Tara had taken her place in the male-dominated world of comedy as Vice President of Talent and Development at Comedy Central. By all appearances, she had mastered being a grown-up. But beneath the veneer of success, she was a “chronically anxious, self-medicating mess” with a painful secret. No one knew that her “minimally parented” road to adulthood had been paved with depression, anxiety and shame. She finally realized that she’d hit rock bottom when she drunk-dialed her therapist. Answering her own cry for help, Tara called upon the same talents she had used to launch hit television shows to begin a life-changing journey of self-healing and self-care. For five years, she researched how to both “be her own parent” and nurture her own wounded well-being—creating a 600-page Google Doc of her findings. She also developed a practice of simple, daily rituals that literally transformed her mind, body, and relationships. 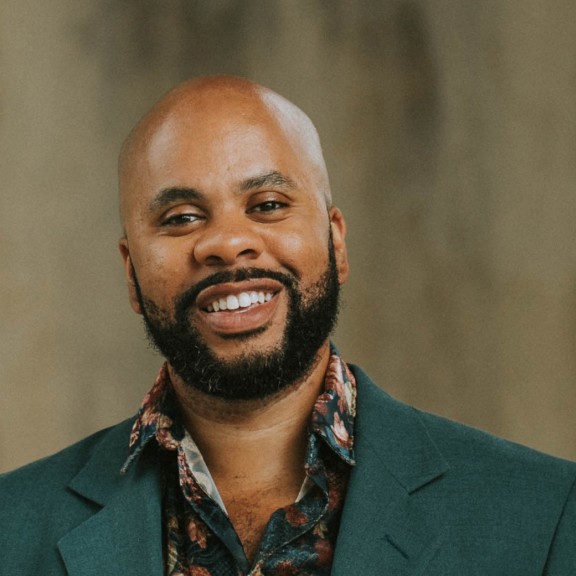 R. Eric Thomas is a national bestselling author, playwright, and screenwriter. His books include, Here for It, or How to Save Your Soul in America, which was featured as a Read with Jenna pick on NBC's Today, Reclaiming Her Time: The Power of Maxine Waters, co-authored with Helena Andrews-Dyer, and the YA novel Kings of B’more, which was also picked by Read with Jenna on Today. For his playwriting, Eric has been awarded the Barrymore Award for Best New Play, the Dramatist Guild Lanford Wilson Award, the Lambda Literary Award, and was a finalist for the Steinberg/ATCA New Play Award. On screen, he wrote for the Peabody Award-winning series Dickinson on AppleTV+ and Better Things on FX and is currently developing multiple film and television projects, including a half hour comedy based on his memoir. Off the page, Eric is also the long-running host of The Moth StorySlams in Philadelphia, and has been heard multiple times on The Moth Radio Hour, NPR's All Things Considered and It's Been A Minute with Sam Sanders.